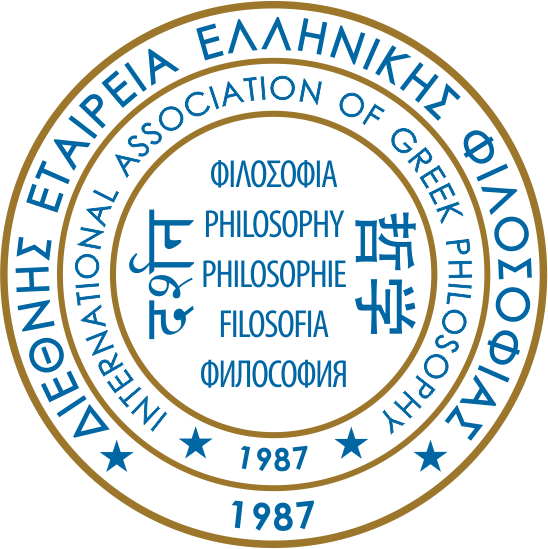 What is the International Association of Greek Philosophy

The I.A.G.P. welcomes cooperation with all organisations, societies and foundations with similar aims; its purpose being to coordinate on an international level all work connected with the research and study of Greek philosophy. To this end it organises Lectures, Seminars, Symposia and Conferences of an international character and scope.

Discussions and Studies on Greek philosophy are published by the I.A.G.P. in its journal and separately. The I.A.G.P.'s publications are printed either in modern Greek or in one of the three internationally recognised languages (English, French and German).

Founding members of the I.A.G.P. include distinguished scholars from all over the world.

Membership is of one of the following kinds: regular member, extraordinary or probationary member, and honorary member. The I.A.G.P. has a Governing Body, which works in cooperation with the I.A.G.P.'s International Committee.
Any individual or organisation sharing the aims of the I.A.G.P. may apply for membership. By becoming a member of the I.A.G.P. you are giving your support to the international dialogue on philosophy and to the communication between philosophical institutions and associations.